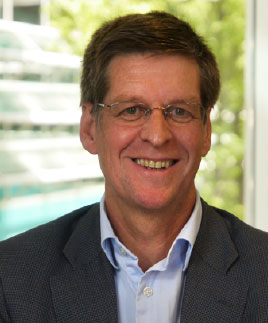 Murray Stewart, MD
Board Member
Chief Medical Officer, Rhythm Pharmaceuticals, Inc.
Back to Board of Directors

Murray Stewart, M.D., is Chief Medical Officer at Rhythm Pharmaceuticals, Inc. Previously, he was Executive Vice President, Head of R&D, at Novelion Therapeutics Inc. From April 2014-September 2017, he was the Chief Medical Officer at GlaxoSmithKline. Dr. Stewart joined GSK in 2000 as Associate Director for Clinical Research & Development in the UK and since then has held a variety of positions in GSK he worked in Biopharm, was Therapy Area Head for the Cardiovascular and Metabolic therapy area. He has had extensive clinical development experience and worldwide regulatory interactions. Before joining the pharmaceutical industry, Dr. Stewart worked as a diabetes consultant and senior lecturer and was Consultant Physician/Honorary Senior Lecturer and Head of Clinical Services at the Diabetes Centre, Newcastle upon Tyne in the UK. His research was in lipid metabolism in type-2 diabetes, and he completed his medical training at Southampton Medical School in the UK and is a Fellow of the Royal College of Physicians.

Back to Board of Directors